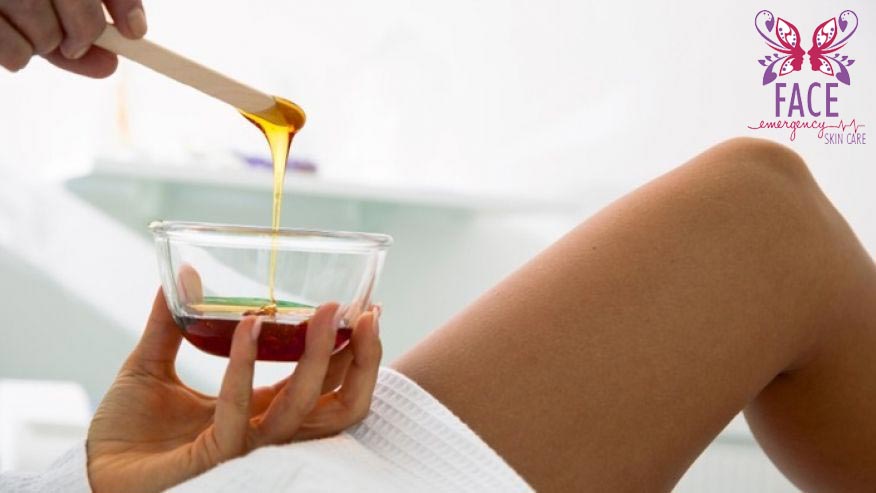 Those who prefer waxing as their hair removal service often find that any other type of hair removal just don’t cut it. In order to get the best and most effective hair removal, waxing should be done professionally. The benefits of waxing include being hairless for longer periods of time (perfect for those who want to sort out their hair removal quickly and then not worry about it for weeks), softer, thinner, non-spikey regrowth (unlike shaving) and less chance of ingrown hairs.

There are two types of wax that are used to remove hair which depend on what area of the body is going to be waxed – soft and hard wax. It’s difficult to say which type of wax causes more discomfort, as both are used in different areas that vary in sensitivity. Some say soft wax is more painful because it pulls off dead skin, however it really depends on the person.

What is hard wax?

Hard wax is generally used for smaller parts of the body such as ears, face, nose, and depending on the salon, under the arms and the bikini area. Hard wax has to be applied to a small area otherwise it can break and not work properly.

A thick layer of hard wax is spread over the area and left to harden. Once the wax is ready, the wax is slightly peeled to get a grip and then pulled off quickly, removing the hair. During the hardening process, the wax picks up the hair and lifts it up off the skin, therefore it doesn’t pull on the skin. For this reason, some find this process less painful.

What is soft wax?

Soft wax is ideal for larger surface areas on the body, such as legs, arms, the back and underarms. Prior to waxing, baby powder is often applied to the area to absorb any oils on the skin. The wax is spread thinly over a large area using a spatula-like instrument, a strip of muslin cloth is placed over the area and the strip is pulled off quickly, removing the wax and hair. After the process is complete, an oil-based lotion is often spread across the area to remove any residual wax, while soothing the skin.

Soft wax grasps fine hairs better than hard wax and is a much faster process as there is no waiting period for the wax to set. To optimize hair removal, soft wax can only be applied in the direction that the hair is growing. Using soft wax on the same area repeatedly is not recommended, as the wax can pull off living skin.

Soft wax is also ideal for Brazilian waxing. As the process requires the removal of all hair from the area, and this area is particularly sensitive, soft wax is most efficient to remove the coarse hair.

How often should you wax?

It depends on how quickly your hair grows back, but for most people it’s between 3-6 weeks. Waiting longer than 6 weeks can make the experience uncomfortable or sore, as the hair length is longer.

We specialize in providing a premium spa experience at affordable prices - tailored to your specific needs.